World Empire - Interview with the developer of a fantastic app

Yes, we have strong server-side development experience using PHP for many years. We first developed this in Android Studio and later on, in Unity.

Artificial Intelligence - Like how to optimize the time when the turn is passed.

All turn-based strategy games or building games like Master Of Orion, Risk, Total War, Satisfactory, Factorio, Civilization, and many more. 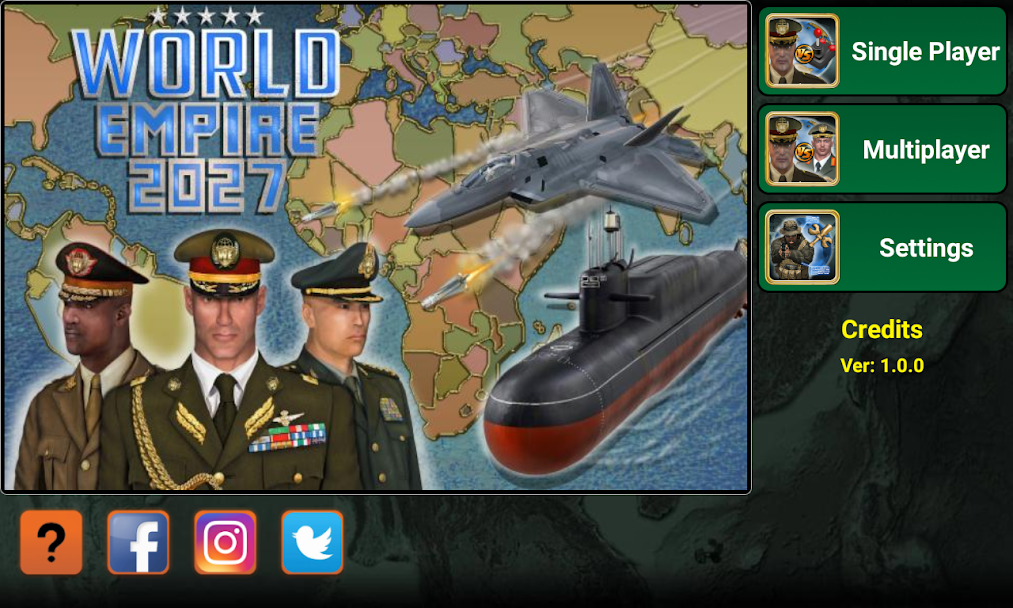 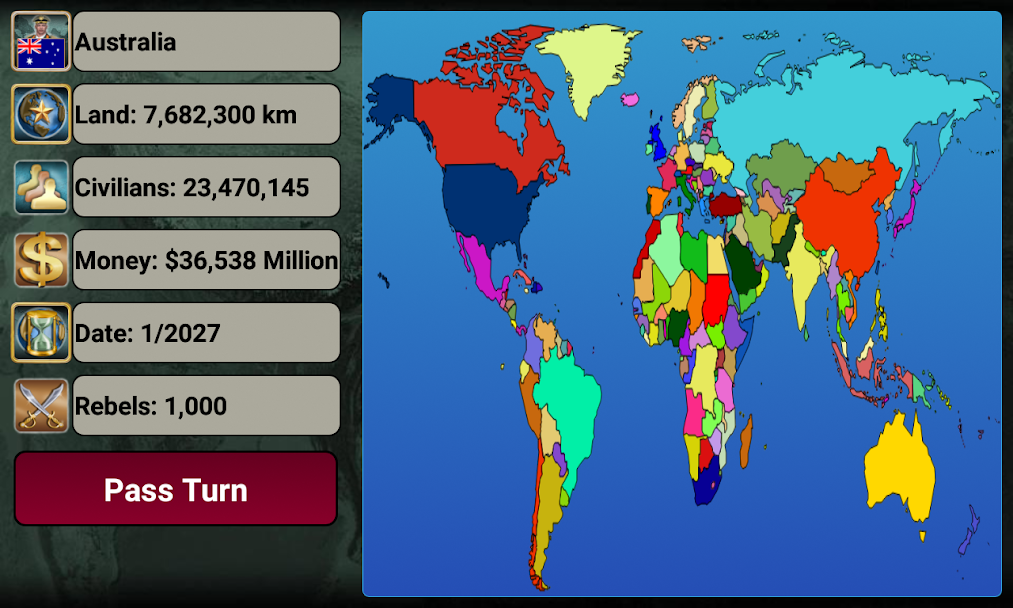 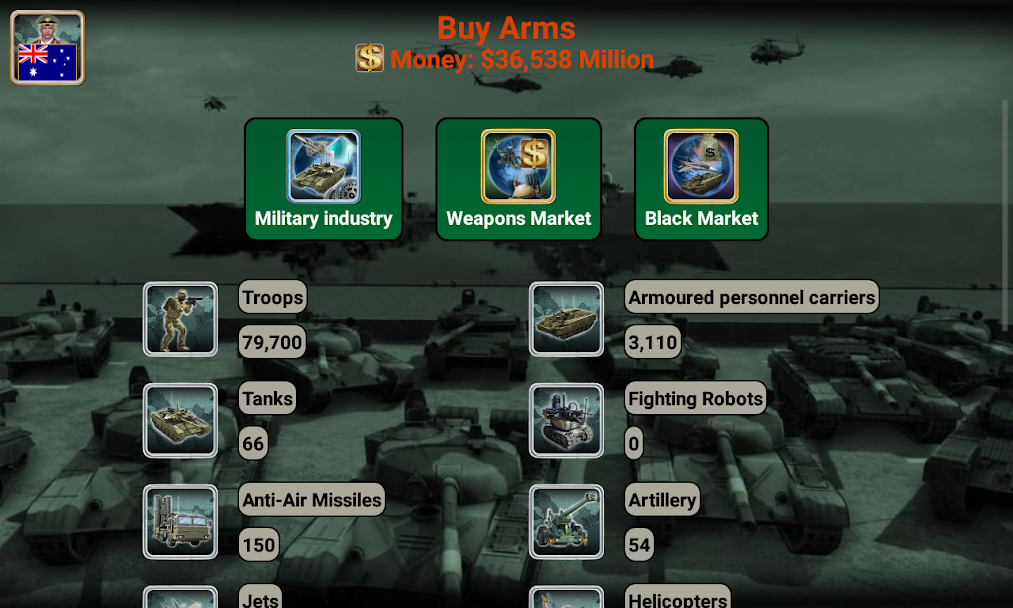 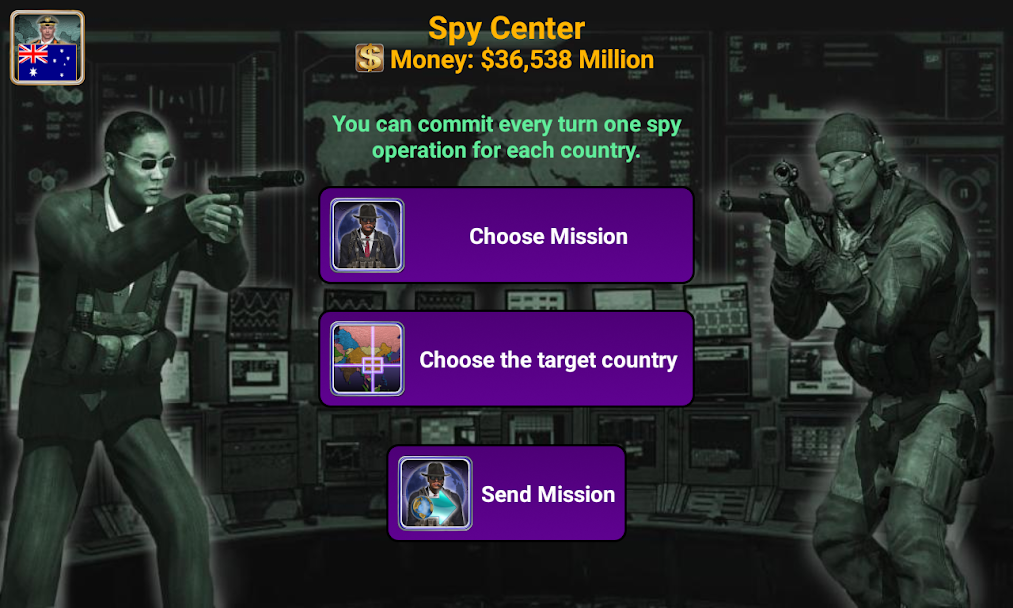 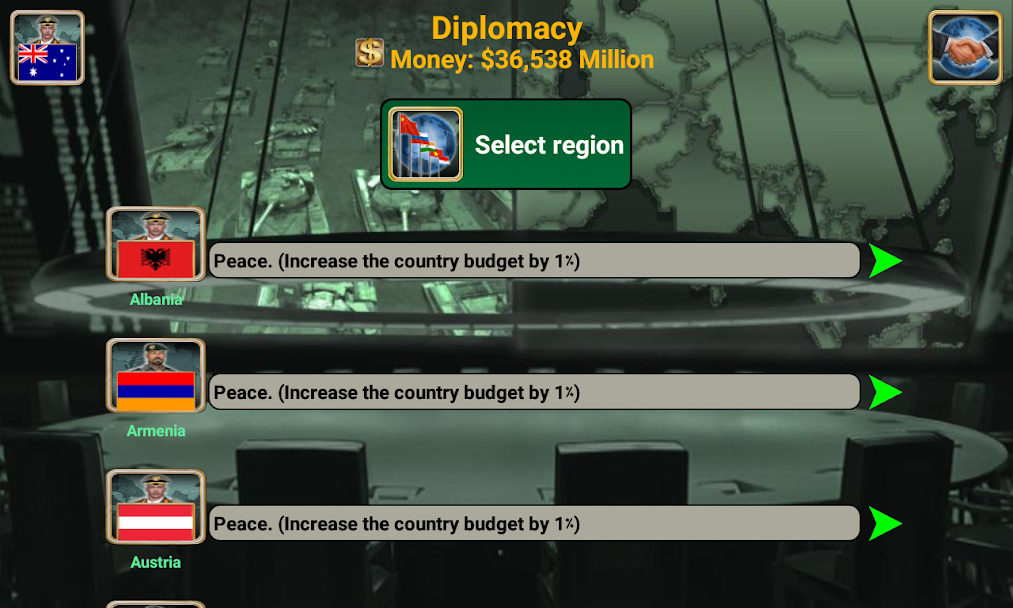 Since 5 years in Andorid, and recently released for IOS devices and PCs.

All turn-based strategy games lovers will love this game. The focus is to improve the leadership skills within the game roles.

All of the games will soon be on IOS/Desktop platforms and we plan an online version for all the games that will allow players from around the world to interact and play with each other.

We will be glad if you share the game with family and friends.
You have the option for the hot seat playing and soon there will be online multiplayer option as well.
The more support we get from our players, the more we will do to help them enjoy more.
We plan to add features like countless new scenarios, diplomacy, spy, war options, weapons, technologies...
Your support is important to us to continue developing. 

About App:
The year is 2027 and the world is in chaos
The world markets collapse and with it world order. NATO and old alliances are no longer relevant while everyone fighting for resources.

United States' newly-elected president decides to focus on home affairs focusing on the economy and rebuilding the country's economy. The United States starts pulling back its forces from around the world.

Europe with huge floods of refugees and weak euro cannot affect global affairs while America is in crisis. The world is left to deal with razing powers and tension becomes extremely high in east Europe, the South China sea, and the Middle East...

A big uprising overthrew the existing government in your country.
As the leader of the uprising, you got unlimited authority in the country to lead and rebuild.
The parliament nominated you and your way to make the country into an empire.

As the new leader, your goal is to ultimately become the supreme leader.
Using everything from diplomacy to war, you must strive to build an empire, both economically and militarily superior to all others. Are you ready to lead, Supreme Commander?

The game is based on single-player against a very smart Artificial Intelligence system that represents today's events and countries' status. Our team collects and updating daily the countries' status based on real data: economy, relations, army status, etc...

In the game there are 180 countries, you select the country you wish to lead and start to play.
The game contains Weapons Suppliers from around the world, a Spy Center, a War Room, Diplomats, United Nations, an Economy system, Technology, and World News Distribution (Economy, Relations, Spy, and War), and very advanced Artificial Intelligence.

Lead your tribe
You command a stranded expedition on their way home. Build, im ...