Yes, I've been coding games since I was 8 years old on an ancient yellowish monochrome computer. In high school, I started working as a freelance web developer but I was always working on some kind of game as a side hobby.

Sitting down to work on the code for this game is usually an enjoyable and easier part of development. The real learning curve has been with promotion/marketing, server administration, acquiring art and music, customer support, and everything else that isn't coding! I think developing a game of this scale by myself has probably reduced my lifespan a bit.

James Victor Hamer
James Victor Hamer taught himself how to code rather than going to college. He's never worked for a big company but has always had a passion for creating fun indie games ever since he was a kid. He now feels very blessed to be able to support his family with these games.

I admire apps that are fully free with no ads and no limits to gameplay since I designed my game to be that way as well. My daughters have been learning their alphabet sounds recently so I've really appreciated free kid's apps like ABC Kids and Baby games by RV app studios. Most of the other apps were loaded with in-app purchases and ads (maybe there is a great click-through rate with the baby demographic). 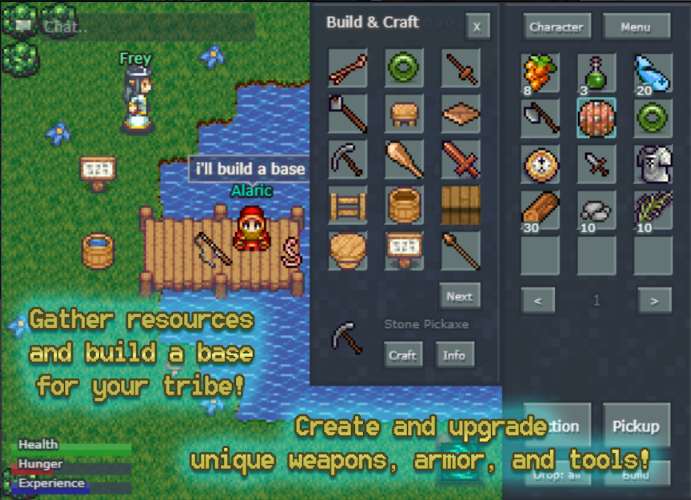 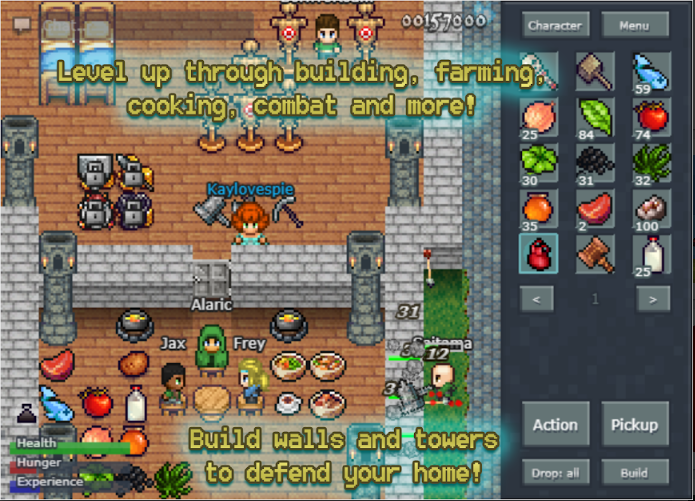 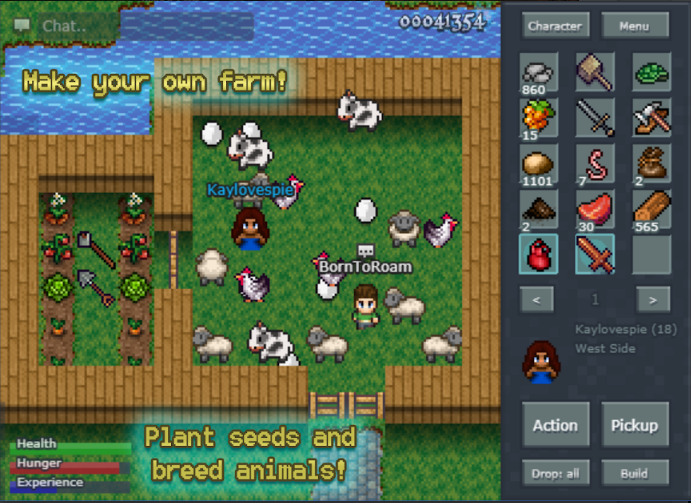 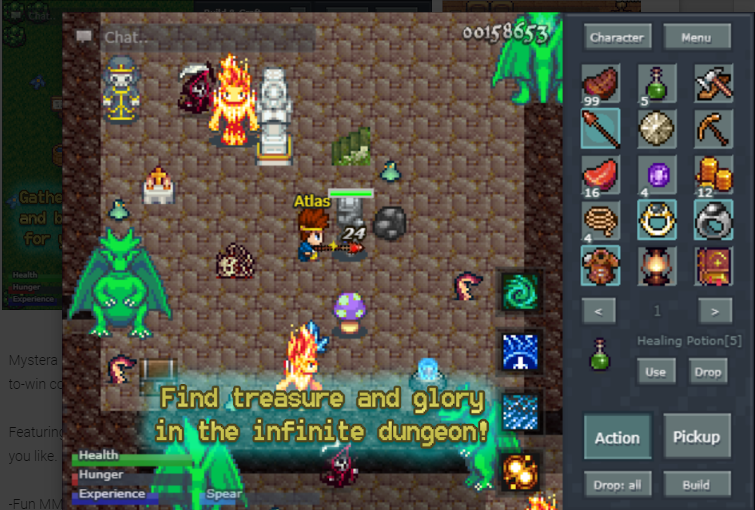 This iteration of Mystera has been in active development for almost 4 years now, though it initially only took about 4 months before the game was released for open beta testing. The game borrows a lot of elements from another MMORPG I developed and released back in 2003 called "Mystera Legends".

I think it's deceptively hard to pull off a genuine 'sandbox' game these days. Player retention won't be great if newbies can be killed repeatedly, with no hope of catching up to veteran players. On the other hand, casual experiences with cookie-cutter content and a very limited rule set aren't very exciting and don't promote a natural storyline. In Mystera I've tried to find a happy medium where people can custom build their towns wall by wall and always have the opportunity to stand up to veteran players if they play smart.

I've basically just made the kind of game that I always wanted to play. Something I could play completely free and donate only if I felt like it. I never wanted to feel like I was at a disadvantage to any other player, and that I could overcome any obstacle through my own strategies. I also wanted an experience that made me feel like I could stand out and have an impact on the world, becoming either a hero or a villain. So it makes me happy when people tell me that Mystera Legacy is unique and they haven't found another MMO quite like it.

There is a never-ending to-do list of features and they get released pretty regularly compared to other apps in this genre. A new party system, custom painted walls, and more intelligent 'Chaos' enemies are some things to look forward to.

Learn more about the game at mysteralegacy.com, we have a player's guide, wiki, and discord. You can try it out directly in the browser right now as a guest or grab the app from the Play Store, it's less than 5mb in size. Thanks!

About App: Mystera Legacy is a completely Free to Play online RPG in Open Beta. There are NO ads and no pay-to-win content in our game. Join now and help us make this the best free MMORPG ever! Featuring a 2D pixel style with a big sandbox world so you can build your own houses and shops if you like.
-Fun MMO for solo play or with friends. Fight monsters and discover rare loot
-Almost every action levels you up through skill based leveling system
-Full character customization: change your appearance at any time, it's free!
-Gain and upgrade all skills and abilities without class restrictions
-Gather resources and build your own house or create a tribe base
-You can survive off the land, hunting and crafting fire like a survival game
-Make a farm to supply you and your friends with food. Farming for plants or animals
-Explore the infinite dungeon for a roguelike experience
-Fight others in PvP areas, take part in tribe wars or plan a heist
-Defeat bosses and find special abilities
-Discover unique equipment with runes and upgrade them
-Build your own custom shops or rent from the Market Square
-Open world with both heroes and villains
-Tame pet dogs to guard your home and fight with you
-Cook unique dishes with rare spices to gain special buffs
-Rise on the leaderboard through farming, fishing, or building the strongest castle
-Featuring pixel graphics for a retro feel
-Completely free to play with cosmetic benefits for donators. F2P not P2W!
-More being added all the time, character creation takes 1 minute - go level up now!

About developer: James Victor Hamer taught himself how to code rather than going to college. ... Read more

Free game and can be played entirely without the need for in-game transactions. (Free 2 pl ...