Monbots RPG - Interview with the developer of a fantastic app

Yes indeed. I went to a computer science engineering school where I learned to code in C++ and Java. I then started my first job as a Java developer which I am still doing today. And actually, it is because I was a trained developer that I decided to start this game as a hobby. I was looking for adding android coding to my resume and decided to learn it by developing a small game through online tutorials. But what started as a simple hobby and learning experience became a real and serious project as I found so much joy and possibilities in the process of making it.

On an artistic level, so design, drawing, visuals, etc., I am not very gifted. So every graphic of the game was either commissioned or bought from artist bundles on the internet. Because of this constraint of not having tailored graphics for some parts of the game, I had to adapt my code to the graphic and not the graphic to my code. It also adds second trouble where sometimes my vision was a bit altered by the designs offered on the internet to make sure it suits the game. If I were able to do the graphics myself, the game would have been slightly different.

However, I also got the chance to work with a very talented designer (Naresa) from whom I commissioned the monbots, the UI, and a lot more. The quality of the game improved so much thanks to her.

Matthieu Cacciapalle
I am Matthieu Cacciapalle, a 31 years old French dude and a hardcore video game fan. Indeed, I have always been a geek. Played a lot on the Elder Scrolls series (Morrowind, Oblivion, and Skyrim) and The Withcer 3, selfishly modding these games for myself. I also spent a lot of time on various non-related games like Crash Bandicoot, Ratchet and Clank, Spyro, Battlefield, Fifa, Fable, Age Of Empire, Pokemon, Golden Sun, and a ton of others… It was therefore a no-brainer that I ended up doing my studies in Computer Sciences and Telecommunications. During these years, I have always dreamt of orienting myself towards the video game industry and doing my own game. However, due to my terrible skills as an artist, I have kind of put that dream aside and focused on what I know: developing. After finishing engineering school, I have started a job in the Identity Access Management field as a Project Developer Consultant. This work has not only given me a lot of experience in the developing field but it has also given me the opportunity to travel, starting in Paris, then London, Brussels, and currently Lyon. This enables me to pay the bills, while I’m pursuing my dream on the side.

I am a gamer, so I do use a lot of gaming apps on my phone. From a JRPG perspective, which is my favorite type, I would recommend Nexomon, Evocreo, and Coromon (to be released soon) as they manage to give a really exceptional and epic atmosphere with the quality of an AAA mobile game (I think they were developed by small or indie studios).
I also like Plague Inc. and Catan for quick and rapid game sessions. Growing up, I used to play a lot of tabletop games with my family and these two games remind me of that. 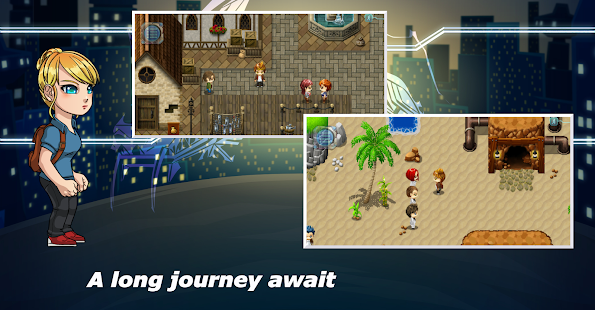 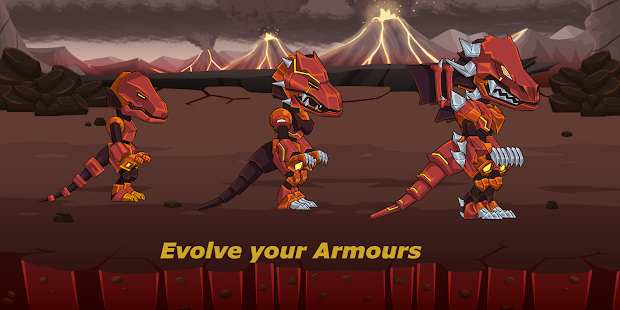 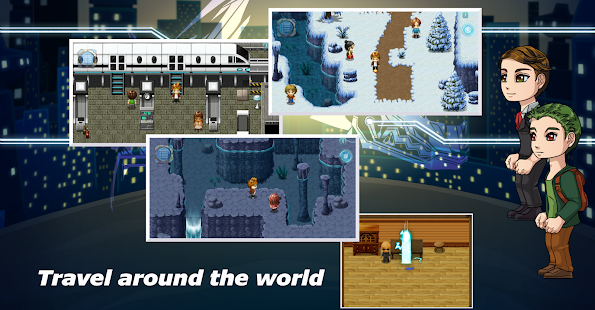 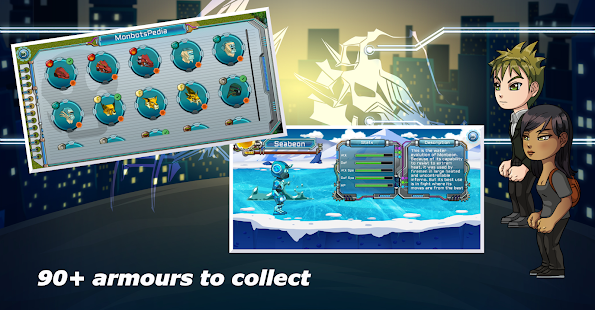 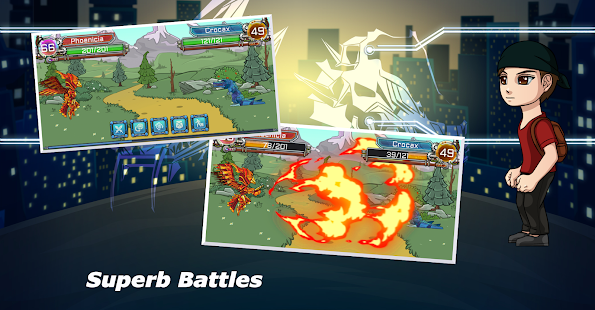 I worked for four years on Monbots RPG. Then I had to take a one-year sabbatical. And then I started working on the game again last December, and I'm planning to release a big update by April 2022.

The most important aspect of the user's need I kept in mind was for them to get the best experience in an old-school type of game. I find today's games too easy where everything is handed to the player on a silver platter. Players don't search for their objectives anymore.

But I had to make sure to balance those difficulties with today's standards of linearity in any game.

I also tried to make sure that the player will follow a quality storyline being slightly more serious while still being enjoyable for teenagers and young players.

One of the reasons why I continued the project was because I was very irritated by other mobile games back in 2016. Although they did not lack quality, they were almost all cash-grab types of games where you must pay to keep playing or being flooded by ads everywhere. How many times did I find a game where you need to pay or wait to recharge energy before you can continue playing? So where I try to add change in this industry is by offering a game 100% free-to-play with no backstab. If you want to spend a weekend playing the game without interruption, you can.

Also, I tried to offer a well-thought story which followed a logic process. By doing that Monbots RPG is a full fantasy RPG while showing notes of science-fiction to make sense to the storyline. I have received a lot of positive feedback about the game's storyline and I think this is what I am the most proud of.

On a different subject, I see new, similar games (taming monsters) offering an ever growing number of monsters to catch. And it becomes more and more difficult to manage all the monsters in these games. I remember the joy in the end 90's when I finally got all the pokemon of my blue gameboy cartridge. In this spirit I decided also to offer less monbots (92) for the sole purpose of giving to the players enough diversity in the game but also pushing them in trying to collect them all.

In term of game mechanics, there are some big changes compared to other taming monster games. For instance, to evolve your monbot, you need both to reach a level requirement but also a catching requirement. For instance, to evolve a T-Rox to a Dragox, you need to have reached the level 32 with your T-Rox but you need also to have already 7 Raptox. This forces the player to keep trying to catch monsters they already got and thus keeping a lot of parts of the map still alive even if the player is further in the game.

I have planned to release a big update in April where you will get to the conclusion of the game. It will also include a new big city with a gigantic park, and two new guilds: the Assassins and Vigilantes. You will also meet a catchable mythological monbot.

All of this is very exciting.

One of the most enjoyable things I have experienced since the release of the game is players contacting me to discuss the game. So please don't hesitate to contact me ([email protected]) for anything about Monbots RPG, it would be a real pleasure!

Also as a solodev, it is very complicated to spread awareness about the game. So as any other developer, I would appreciate if you could share the app and post a nice review on the Google Play Store if you happen to like the game. If you really dislike the game, please contact me to give me the chance to help you or fix whatever bothers you before putting a bad review anywhere. I would really appreciate that, thanks.

About App:
Free game and can be played entirely without the need for in-game transactions. (Free 2 play !!) Developer's disclaimer: this version is 75% complete (around 25 hours of playtime). I am doing my best to bring you the last 25%.

The world has been taken over by robots called monbots. You will be in charge to retrieve pieces of code spread to all corners of the world to get rid of the monbots threat once and for all.
During your adventure, you will be able to collect monbots' armor and fight to be the best hunter who existed. Do the right choices and embrace your good side or your dark side.
If you liked Pokemon and other turned-base games then Monbots RPG is for you!

Will you be able to become the best and save the world?

IMPORTANT NOTICE:
The use of the application requires your agreement to the following EULA and Privacy Policy (in english).
End User License Agreement: https://www.iubenda.com/terms-and-conditions/97339202
Privacy Policy: https://www.iubenda.com/privacy-policy/97339202
Developper: I am rather active on Twitter (@MonbotsRPG) and the last news will be posted there in priority Enjoy Monbots RPG !!

About developer: I am Matthieu Cacciapalle, a 31 years old French dude and a hardcore video ... Read more