Rube Works: Rube Goldberg Game - Interview with the developer of a fantastic app

Rube Works: The Official Rube Goldberg Invention Game is my fourth mobile app, but I’ve been a game designer and programmer for over 40 years. My first game was Mix and Match Muppets in 1979 on the Apple II for Children’s Television Workshop (Sesame Street creators) for their Sesame Place theme park. Then I was at Lucasfilm Games/LucasArts for 10 years (1982-1992) where I was the project leader/designer/programmer on multiple games, mostly graphic adventures.

Being the first “Official” Rube Goldberg game, it was very important to me to capture Rube’s wit and humor. There have been many “chain reaction machine” games before, all inspired by Rube Goldberg’s work, but none had access to his original cartoons.

David Fox
David Fox is one of the founding members and first game designer/project leader at Lucasfilm Games/LucasArts (1982), designing/project leading/scripting many of their graphic adventures of the 1980s. Also, he has been designing for Location-Based Entertainment (LBE) since 1978 and was the Experience Designer on the 1990 Lucasfilm-Hughes Mirage project. According to David, the main theme of his work "is finding ways to use technology to enrich people's personal lives, and to use humor and entertainment to empower change."

Cut the Rope: perfect game mechanics for a touch screen, fun, funny, and a really nice gradient of difficulty.
Beat Saber (VR): One of the simplest, yet most brilliantly executed games I’ve played.
Moss (VR): Gorgeous, immersive, mysterious, and fun. 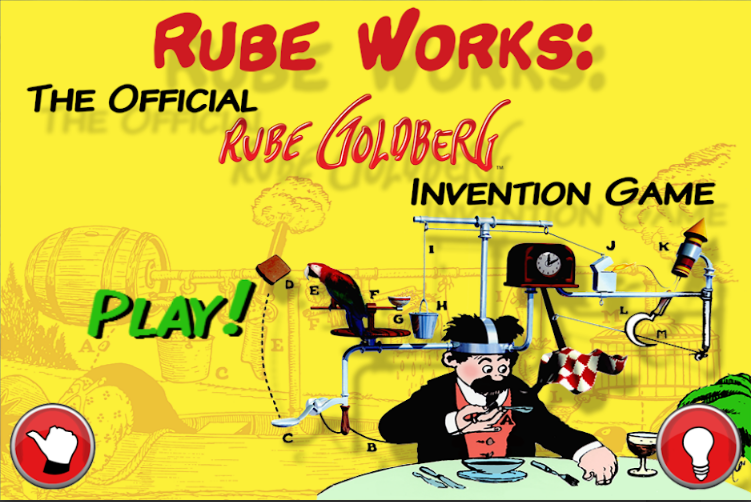 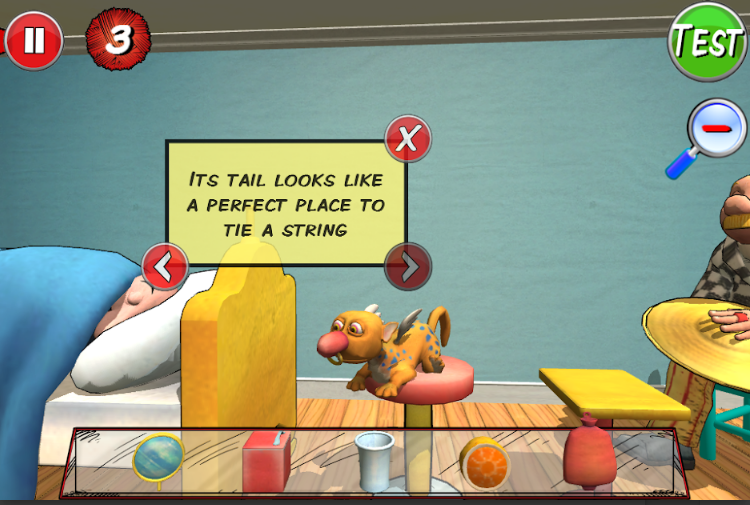 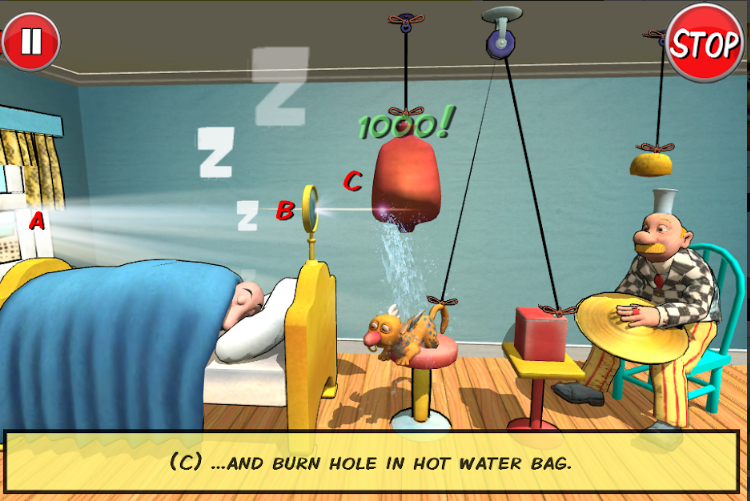 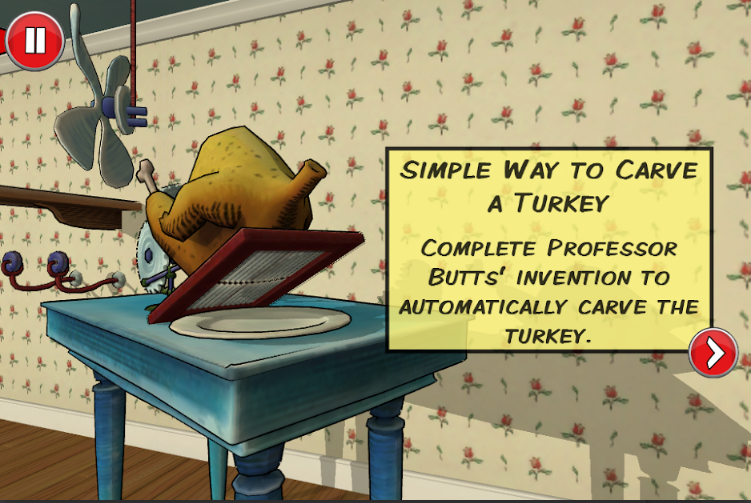 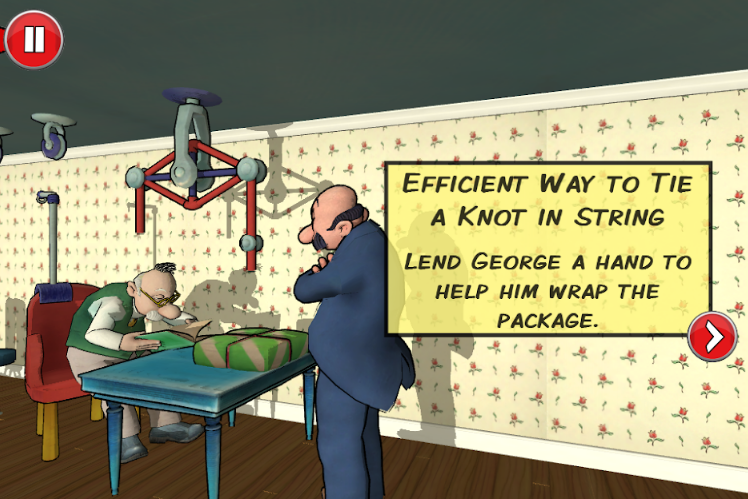 We began work on Rube Works in 2011 and shipped it two years later in November of 2013.

We know that many school classrooms build Rube Goldberg Machines (RGM) as part of their STEM studies. But building an actual RGM is really difficult. Rube never had to build a working one, just think them up and draw them as a cartoon. So our game gets students thinking out of the box on how to come up with clever and fun interactions, thinking as Rube thought, and then easily test and re-test until they get it right. Then they can take this experience into the real world when they build their own RGMs.

I remember reading Rube Goldberg’s comics in the Sunday paper when I was a kid. I loved the humor, and following the logic, he laid out in the caption and diagrams. When I decided I wanted to make my own physics chain-reaction puzzle game, I was surprised that they were all “in the style of Rube Goldberg” or “Rube Goldberg-like”. No one had actually licensed his cartoons for a game before! I wanted today’s kids to get the same joy I did with Rube’s cartoons, and also make them funny, wacky, and compelling. I don’t think any of the other games like this have that humor.

My next project is to adapt Rube Works for virtual reality (VR) and augmented reality (AR).

Since Rube Worksfirst came out in 2013, I’ve been doing Skype in the Classroom visits, for free, to talk about the game, how we made it, and answer questions. The only thing I ask is that the students first play through at least three of the game’s levels. I can be reached through the Rube Works home page, http://RubeWorks.com.

About App: Rube Works is the first and only official Rube Goldberg puzzle game. Solve everyday problems in Rube’s trademark elaborate whimsical style by creating hilarious machines. Is pouring a glass of juice just too straightforward and boring? Try using a jack-in-the-box, magnifying glass, string, and a cymbal-wielding friend to achieve your goal. The more creative your solution the better!
From award-winning designer David Fox, designer of the classic LucasArts graphic adventure games.
Rube Works is widely adopted by a growing number of elementary and middle schools and is fast becoming one of the year's favorite educational games. Aligned with CCSS (Common Core State Standards) and NGSS (Next Generation Science Standards), Rube Works is a standout app that effortlessly bridges the worlds of gaming and education.

About developer: David Fox is one of the founding members and first game designer/project lea ... Read more

November 13, 2019
Professor Rat created Robby but gave him a weak battery, which is why our hero has to constantly ...