Yes. I’ve been working as a software developer for more than 20 years, on multiple platforms and technologies, but in the last 10 years, I’ve developed mostly for mobile.

AutomateIt has lots of features that are relying on capabilities provided by Android (e.g. monitoring events, modifying certain settings on the device, etc.). Since AutomateIt was first released, Android has gone through a huge transformation, and keeping track of those changes made is very challenging.

Clash of clans – Looking at that game from a player and developer perspective, I can see how much thought was given to each and every feature when building the app, and the community around it.
Google Photos – As a long-time user of Google Photos (And Picasa before that) I love the ability to easily browse through my photos from more than 10 years ago, the “this day 8 years ago” reminders and the fact that it automatically categorizes photos by people in a remarkable way.
Spotify – Great service, the collaboration between different devices (Start playing a song at home, continue when driving), the fact I have all the music in the world in the palm of my hand is amazing. 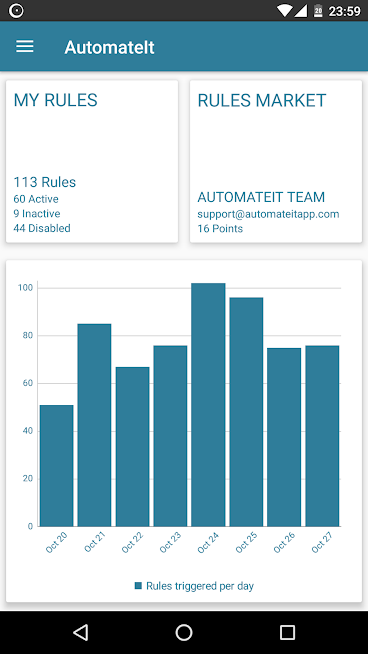 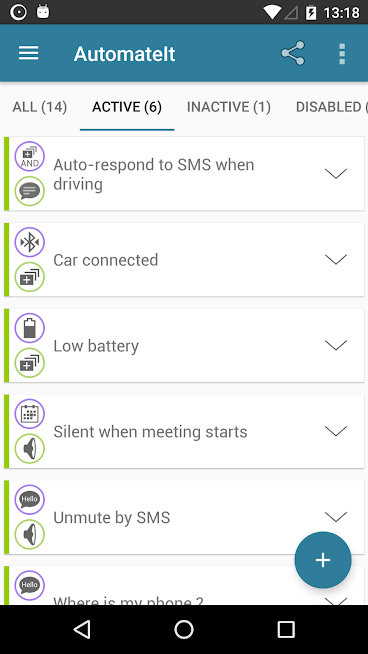 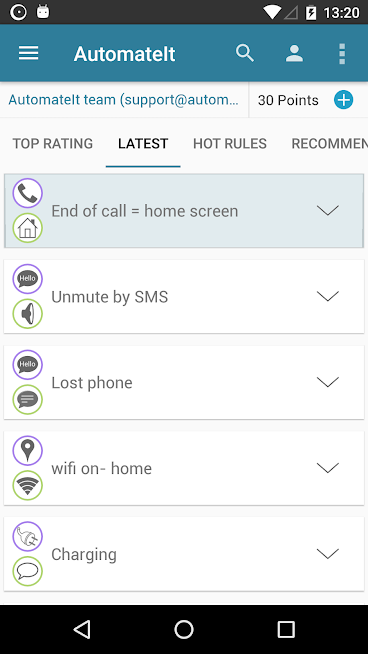 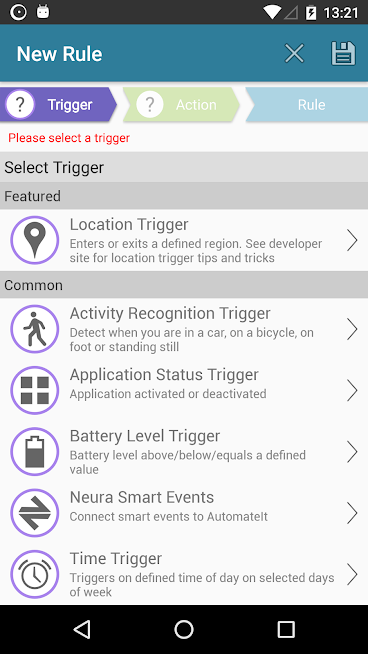 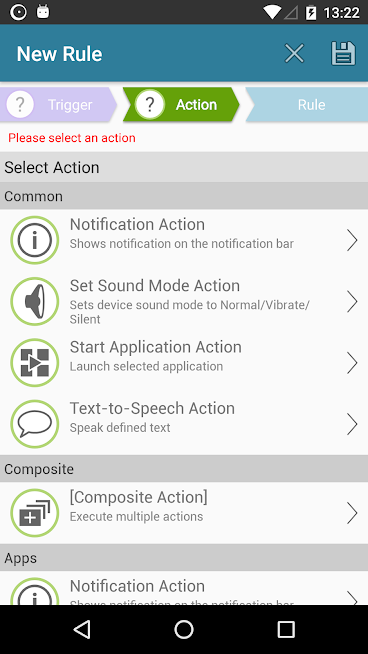 Well, that’s a difficult question since AutomateIt was first released on February 2011 (Celebrating 10 years!) and I can’t really keep track of the work invested into it thus far. The first release was significantly less feature-rich and useful compared to the current app and was released after a few weeks of work but has grown tremendously since then.

When I bought my first Android device (Nexus One) back in 2011, I realized that while it offers a lot of features and flexibility, it also made me “work for it”. I used to have a routine that whenever I got into my car before started driving I turned on the device’ Bluetooth, connect it to the charger, launch the navigation app, and changed the screen timeout (and vice versa when arriving at my destination). This became a hassle so instead of enjoying my “smart” phone I was working for it. The first release of AutomateIt eliminated that routine – whenever I connected the phone to the charger, it automatically, turned on Bluetooth, set the screen timeout, and launched the navigation app. All without me navigating through menus and settings.

AutomateIt has a unique feature that does not exist in any other similar apps, which is its built-in “Rules Market”. The “Rules Market” is a way for users to share rules they have created with other users of the AutomateIt community. A “rule” is a way for a user to pair a “trigger” (such as arriving at a certain location, time of day, device’ battery level, SMS, incoming call, etc.) with an “action” (such as, changing a device setting, launching an application, show a notification, sending a text message, etc.).

The ”Rules Market” allows users to use rules already prepared by other users, upload their own rules, and in general get inspired by ideas of other users in the community.

AutomateIt keeps on evolving and growing with Android. Triggers and actions are added or adjusted to new features.

After downloading the app from the Play Store, try browsing through the “Rules Market” and see what you can do with the app. For sure you’ll find rules that can improve your daily experience when using your Android, optimize your daily routines or simply make it more fun. And if you like the app, don’t forget to rate on the Play Store 😊

AutomateIt is a context-aware Android app that enables users to automate their daily tasks on their smartphones. Such as switching to silent mode at night or when detecting a calendar meeting, launching a music app when a headset is plugged in, etc. The user just needs to create rules for their device to automate any task or take advantage of the rules already shared by other users through the app's built-in Rules Market.

AutomateIt is designed to make your life easier by automating various tasks on your Android smartphone or tablet.

Define a set of your desired behaviors in response to events on your Android device.
Each behavior/rule is defined as a pair of Trigger-Action listed below.

TaskSpur is a goal-setting app that offers a singular space to manage all your personal, p ...

Do you often forget things when you go shopping?

The Pomodoro Technique can help you power through distractions, hyper-focus, and get thing ...

nanonote - Quickest way to take a note of everything in Chat-style. Write freely organize ...