Yes, our team started developing apps more than a decade ago. We started with an app called iShredder for the Apple iPhone to erase data when users are selling their devices.

A few years later, we started working on some security apps for Android, such as iShredder Android, Camera Guard, and Micro Guard.

Today, we have some successful Android apps, such as this Anti Spy or even our latest Firewall app.

The goal was to realize a tool that detects and removes spyware from Android devices and proactively prevents espionage. We had some malware detection and artificial intelligence (AI) experience, but the problem was to bring all these powerful and often resourceful features to the user's device.

So, the most challenging aspect was not the app itself. It was the part that the user doesn't see: We have developed a new cloud-based artificial intelligence (AI) for more than two years and connected the cloud with the Anti Spy Android app.

This Protectstar AI CLOUD is a cloud-based neural network that analyzes apps' behavior for suspicious activity in milliseconds and compares the signatures with millions of malware and espionage characteristics. It can even detect unknown threats or zero-day exploits in real-time. In the end, the AI cloud servers are doing the central part of the job, while the users' device is taking minimal resources.

We're using the SIGNAL MESSENGER app daily to send messages securely. It is one of the most secure apps on the market. It's free and even open-source.
The SPOTIFY app is another app I love. It's working great and has millions of songs. It makes sure to be in a good mood while you're working or driving in a car or having an international night-flight. Last but not least: The REVOLUT banking app is fantastic because it redefines how online banking works. 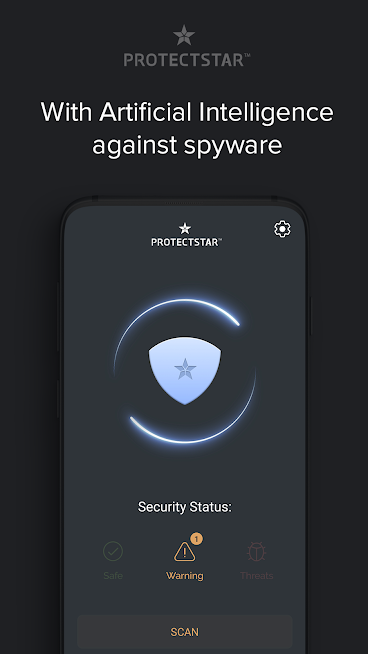 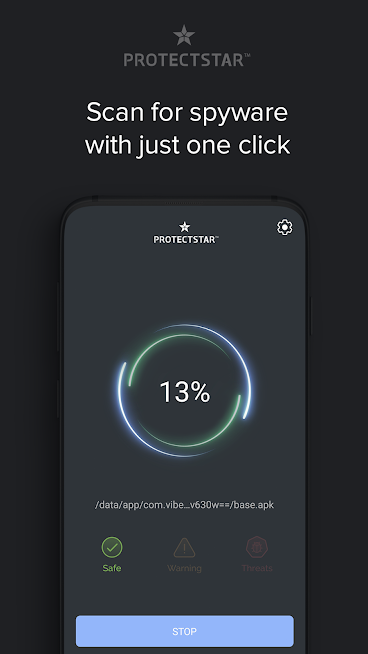 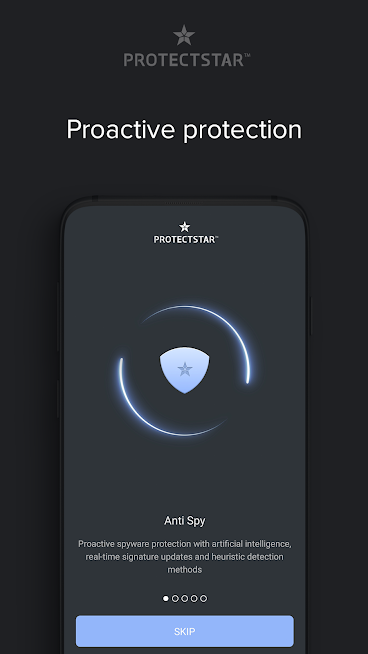 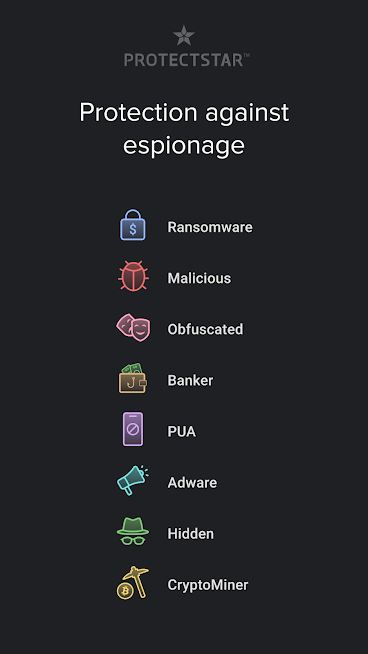 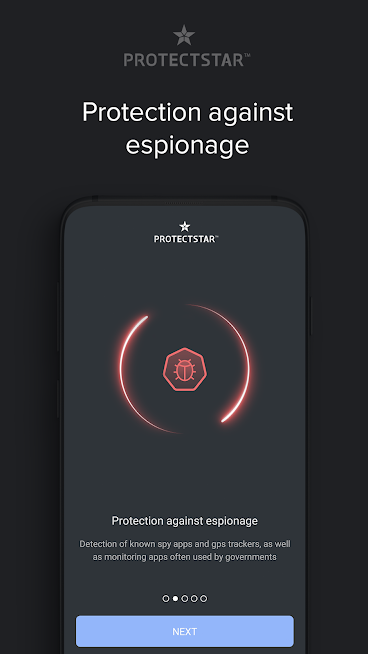 It's hard to say clearly: We started working in 2016 with the first artificial intelligence-based modules and continued to develop them for many years. We put together all the modules until the idea came up for an antispyware scanner app.

It took about four months until we brought it all together: Features, design, settings, app icon, etc. In October 2019, we released version 1.0 of Anti Spy Android. Since February 2021, we have version 3.0

We wanted to protect the users in a new innovative way. Over the years, our support team received thousands of emails from women who had problems with their ex-partners because they spied and tracked them and often ruined their lives.

Other users claimed that they believe they have been hacked or infected with a trojan, but the favorite security apps didn't help. They all were asking for advice, and it seemed that nobody was listening to them before.

The most well-known safety apps like antivirus scanners didn't help because they are often too complicated to use for the average user. At the same time, the detection rate of in-the-wild malware is limited. Besides, a holistic view on IT security-related topics is missing.

We always questioned: How can we develop an Anti Spy app for all these users that protects their Android devices not only from known spyware, such as mSpy, FinSpy, and more, but also from spying-, SMS-, and GPS- trackers and monitoring apps used by law enforcement agencies in some countries? How can we create it user-friendly so everybody can use it, with just a push of a button?

As explained before, our Protectstar AI CLOUD is doing all the complicated things and analysis while the user gets the results on his device's screen. The app is easy to use. The app works smoothly, is fast, and also looks visually appealing. With just one click on the "SCAN" button, potential threats and hidden spyware processes are detected and permanently eliminated.

A few months ago, we also released a Firewall for Android that is based on artificial intelligence (AI). We plan to bring the technologies of Anti Spy and Firewall together. At the same time, we're working on some new useful features for daily use, more optimizations, and a new file scanner.

We helped hundreds of thousands of users to make their Android devices clean of spyware and malware. Together with our latest Firewall Android app, we keep-out hackers.

We received many thank-you letters because the app helped users to make their life safe again. Please make up your own mind by trying out the app. It's free, and you can even check a 7-day free trial version of the Anti Spy PRO edition.

Antispyware Scanner
Anti Spy is based on the intelligent Deep Detective™ technologies that protect hundreds of thousands of our users every day against hackers and targeted espionage attacks.

Whether foreign spies, hackers, spouse, friend, boss, or a colleague, with just one click on the "SCAN" button, potential spy apps and hidden spyware processes are detected. In only a few milliseconds, Anti Spy compares all process and app signatures with many thousands of anti-espionage algorithms.

Spyware removal tool
Are you looking for an antispy mobile app? This anti spy mobile app is all you need. Our scanner cleaner protects your device against any intrusion. Is someone spying on you? Let Anti Spy handle that. Block virus spyware, prevent unauthorized tracking and surveillance monitoring by our anti-malware app. The spyware detection algorithm helps you get rid of the spyware and know spyware details. Our privacy scanner takes you to incognito against any vulnerability.

Intelligent protection against espionage & Against (un) known spyware
Anti Spy detects not only known spy apps, but also Spy-, SMS-, and GPS trackers, as well as monitoring apps often used by governments agencies in some countries.

The AI engine monitors the behavior of apps and processes. Any opportunity to spy on you using spyware, trojans and other malware are proactively prevented.

Thanks to the real-time scanner and heuristic scanning methods, even unknown spy headers are reported.

An ideal combination
Anti Spy is perfect for use in combination with existing security solutions such as antivirus scanners and is suitable for excellent privacy protection in conjunction with Camera Guard™ and Micro Guard™.

Guarantee from Protectstar™
Protectstar™ Anti Spy does not collect any personal data of the user on any medium. The app is also ad-free. Like all our apps!

About developer: The interviewee, Chris Bohn, is a German cybersecurity expert and the Founde ... Read more

Multi-purpose mapping and surveying tool for both professional and personal use. The tool is ...

The easiest voice recorder ever!
The common choice of 60 million users!
Voice ...

Simple and easy-to-use homework geometry solver that proofs your solutions!