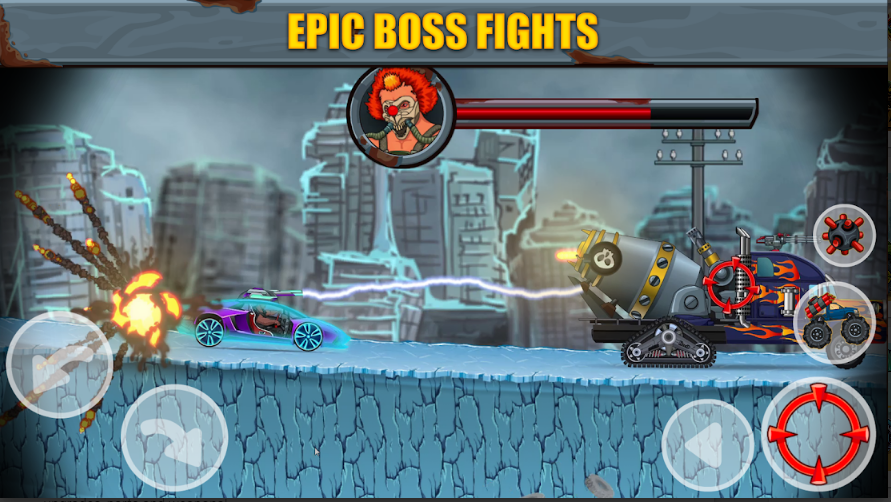 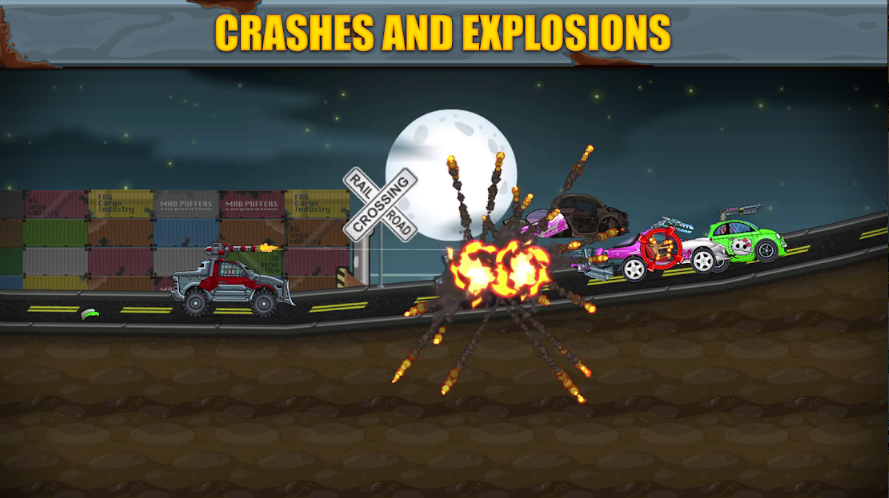 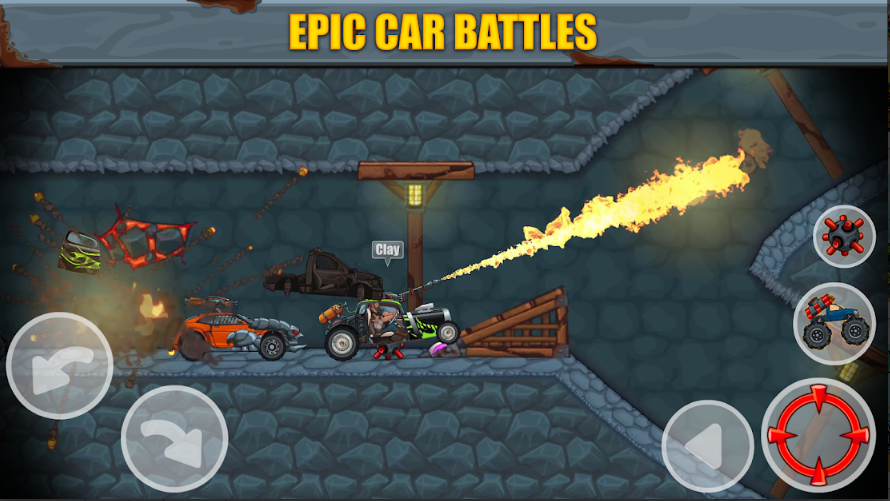 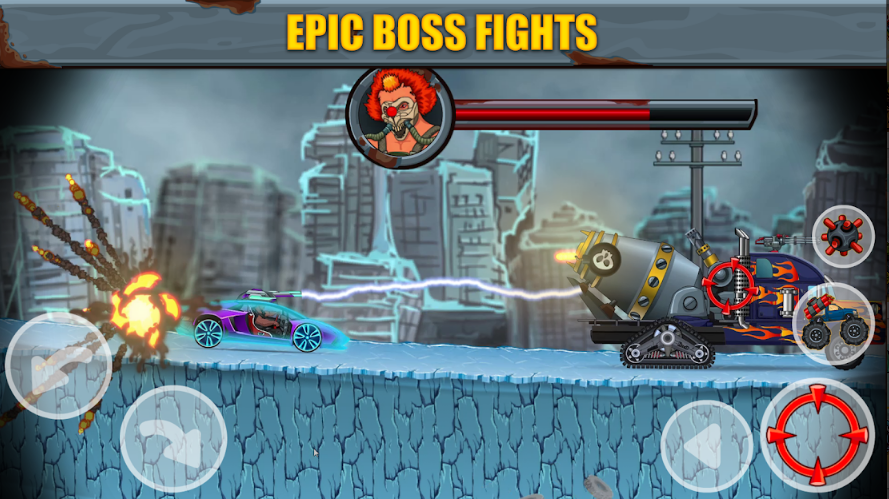 The time we have been working on the mobile version is over one year.

We tried to give a lot of emotions for players who love to race and shoot on the road.

There are a lot of good games, and I can't say that our game is better than others. Definitely, we feel our game is different. We focused on the dynamics of the game, the steering of the car, trying to get rid of the negative emotions. I think we succeeded.

We need to collect more player reviews, evaluate critical points, and fix them. Then regularly release new updates with nice content such as levels, cars, and quests.

We will be glad to hear feedbacks and advice from players. Someone might want to help with localization. And of course, invite friends to play and share the app.

Become a post-apocalyptic racer in the thrilling survival racing game Max Fury: Road Warrior. Immerse yourself in a dangerous world where players roar engines of the monster trucks, use guns, explode cars and perform air flips to get to the podium. Tear your rivals to shreds! Stunt performances grant drivers with speed boosts, essential to beat all opponents. Shooting and exploding enemy cars are skills that racers need to master. Use a wide range of unique killer cars, upgrades, parts and weapons!

TAKE PART IN THE DEMOLITION DERBY
Get ready for the crazy survival race and destroy your opponents in Max Fury: Road Warrior! How long can you hold out in the arena? Turn your car into a weapon of destruction! Crush enemies, explode their cars and win in deadly races. Test your driving skills to the maximum! Forget what pity is! Welcome to chaos, mayhem, and hardcore!

DEFEAT THE BOSSES
Criminal gangs seized control of the city. Restore your reputation and take over the title of the main boss! Play Max Fury: Road Warrior deadly racing game against the fastest and craziest rivals! Fight for your freedom, escape from explosions and destruction, and shoot the enemies! Defeat all crime bosses and become the coolest racer in your city!

CHOOSE A KILLER MACHINE
Choose any monster truck from an amazing selection of cars and compete in the epic races of Max Fury: Road Warrior! Muscle cars, hot-rods, sport cars, pickups, and other crazy vehicles to choose from. Predator, Demolisher, Laser Cut, Fire Burst... all of them can overcome any obstacles! Improve your SUV and offroad trucks so that they become too tough for gangsters!

UPGRADE YOUR TRUCK
Satisfy your craving for speed with Max Fury: Road Warrior by upgrading the performance of your cars. Customize the trucks according to your driving style and improve your scores. Increase speed, traction, acceleration, improve armor, and add more bullets! This is the only way to win racing tournaments!

CRUSH AND BREAK
Forget about the traffic rules! Chaos reigns in the game Max Fury: Road Warrior! Only you decide who will survive and who will become the king of the roads and the main gangster of this city! Go ahead, leave behind more damage, and earn money for new cars and upgrades! Hurry up to take your favorite car and go destroy everything in your path! The races of the most dangerous road gangsters are so crazy that even the police are afraid to intervene!

EXPLORE NEW TERRITORIES
The city has turned into a huge battlefield. Fight for your life in this crazy race without rules in the game Max Fury: Road Warrior! Conquer new territories with various locations, quests, and special urban and industrial tracks! Create the coolest iron monster and turn rivals into scrap metal! Become a hero of the post-apocalypse world!

Max Fury: Road Warrior is the mad demolition derby in the post-apocalyptic world, driving simulator and a racing shooter game. Awesome graphics, cool cars, killer guns, and crazy gangsters! Defeat the boss and become the only king of the roads! Cops are afraid of you and do not chase your cars! Feel the adrenaline of a killer racer with an arsenal of deadly weapons in the fun shooter game! It’s time to destroy the steel monsters! Become a hero of an action movie! What are you waiting for - the race has already begun!

About developer: The interviewee is Konstantin Matrunchyk, the CEO of the developer company o ... Read more

July 12, 2019
Help Bo and Kikki on a thrilling chase to recover the stars that the villain Nuru has stolen to ...