Yes. Since its inception in 2013, Mondly has been one of the pioneer companies to make language learning with speech recognition possible in AR and VR. Our apps have been downloaded and loved by millions around the globe.

Over the years, we have created an extensive product that includes various cutting-edge technologies such as chatbot with speech recognition, virtual reality, and augmented reality. Naturally, when working with tech innovation, the entire process often becomes challenging, but we never give up.

So, for example, with Mondly VR, the main challenge was to implement the chatbot with speech recognition into the virtual reality experience. We had already developed the chatbot that interacted with users, understood voice input, and replied with a human voice in the main app, but we had to rebuild it from scratch to match the new 3D experience.

As for Mondly AR - the challenge was to have the same experience on every future augmented reality platform and ease our workflow. In the end, our job was simple: work harder now and build a smart architecture that is always ready for new platforms and enjoy the advantages later. Essentially, the hardest part for us was to create the Mondly AR experience for ARCore. A few months later, for ARKit, we only adopted the API's specific features like tracking and input.

Mondly
Mondly is a tech company that works to create language learning experiences that will stimulate people around the world to learn new languages not only out of necessity, but because they genuinely enjoy it.

Well, I like the Revolut app because of its excellent onboarding process and the overall simplicity of the operations. Then Audible because I can read or listen to any book I want on the go and LastPass thanks to its smart implementation that allows me to have a flawless experience across multiple devices.

But at the same time, I also have to mention Brave, a mobile browser that takes privacy and confidentiality to the next level. Brave was built to block ads, tracking, pop-ups, and even cookies - all while offering stability and much better speed than most of its competitors.

Last but not least, a game that I love because it sets new standards in mobile gaming is Darkness Rises. Despite the small screen, this beautifully designed game manages to create a highly intuitive interaction with the user. Moreover, the superb optimization allows users with two or three years old smartphones run the game without any problems. 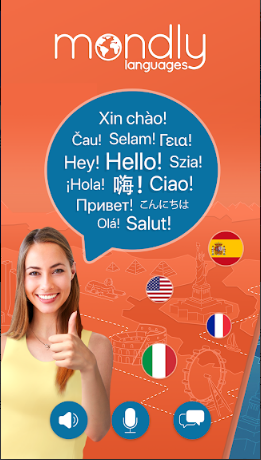 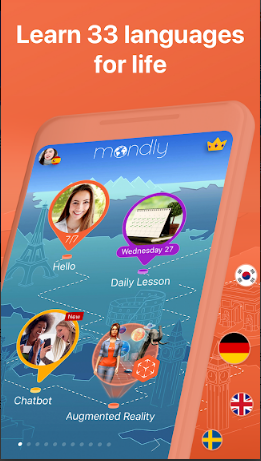 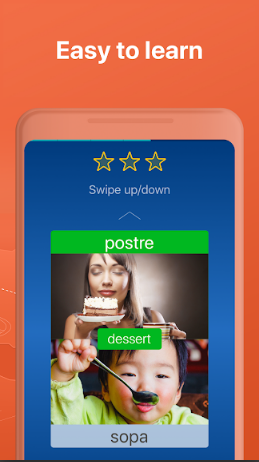 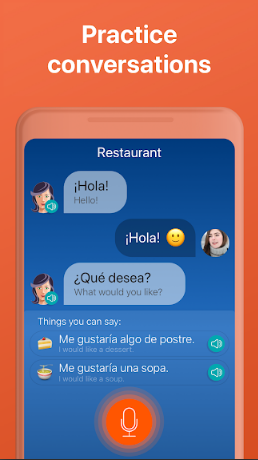 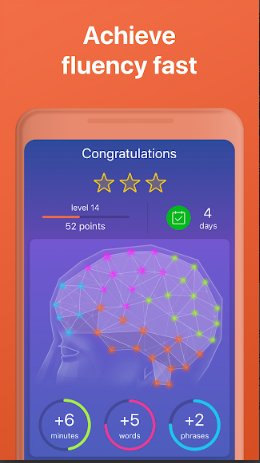 Our founders were always passionate about learning new languages, so when they moved to several new countries over the course of a few years, they were eager to learn a couple of different languages from scratch. That was when they gradually noticed the gaps the language learning market was having at the time. One of the most significant shortcomings they identified was the lack of native voice recordings in language software. Listening and learning from native speakers is one of the most critical parts of learning a new language, and major language learning apps neglected this aspect. Thus, the integration of native voice recordings into Mondly was its foundation and - obviously - a world premiere for language learning.

Since we first launched Mondly, I had the honor of being a part of three world premieres. The first one was the Mondly Chatbot with speech recognition in 2016 - the first major USP we created. No competitor in the language learning niche had this kind of technology implemented in their product at that time, so it was indeed a world premiere. Then, in 2017 and 2018, we created both Mondly VR and Mondly AR incorporating the same technology that made us innovation leaders in the first place: the chatbot with speech recognition. As you might guess, they were also firsts in the field. Today, in 2019, there are competitors that have implemented the chatbot with speech recognition technology in their apps. Yet, Mondly remains the one and only major player that teaches languages in virtual reality and augmented reality. We, at Mondly, speak the "language of innovation" fluently, and I couldn't be prouder to be part of such a fantastic team!

I can't divulge too much about our plans, but right now we're focusing on offering users a more personal experience. Their needs dictate our next steps for the years to come. Make sure to keep an eye on us and be the first to find out!

Install Mondly, rediscover the joy of learning a new language in only 10 minutes a day, and, of course, share it with your family and friends. We've upgraded the overall experience with so many amazing features, and we can't wait for you to try them all!

About App: Learn languages with free lessons daily with Mondly. In just minutes you’ll start memorizing core words, form sentences, learn phrases and take part in conversations. Fun language lessons improve your vocabulary, grammar, and pronunciation like no other language learning app. Beginner or advanced learner, traveler or business professional with a tight schedule? The app works great and dynamically adjusts to your needs.
Explore language exercises for reading, listening, writing and speaking, enhanced with a dictionary, verb conjugator and state-of-the-art speech recognition technology - you’ll feel like having your own tutor in your pocket.

About developer: Mondly is a tech company that works to create language learning experiences ... Read more

Learn Azure is an app that helps you to learn Microsoft Azure and prepare for Microsoft ce ...

Learn with 1100+ free online video courses with a certificate of completion, as well as ex ...

Learn Languages With Amy for Kids

Learn Languages With Amy helps toddlers and preschoolers increase their vocabulary through ...