CamON Live Streaming - Interview with the developer of a fantastic app

I’ve been programming with different languages, mainly C++ and C#, for a long time in the context of the automation industry. My very first coding experience was with the Sinclair ZX Spectrum in the early ’90s. However, this was my first experience in Java and mobile app development.

Android architecture is very different than a Windows PC and there’s a lot of complexity to deal with. The lifecycle of a mobile app is sometimes surprising and varies a lot between different versions of the operating system, types, and brands of devices. To make it work for a large number of users, there are so many things a developer needs to consider that the ‘glue’ code is more than fifty percent... Keeping the app always meeting Google's requirements is challenging too.

tinyCam Monitor is an app I worked with since the earlier days of the project. It is the natural counterpart of CamON Live Streaming. The developer has well-integrated some features of my app to better match them. OpenVPN Connect is another app I used a lot since it gives the power to create a peer-to-peer connection between mobile devices over a free, safe, and reliable VPN and that’s perfect for streaming. AroundMe helped me a lot during a vacation to find good restaurants, thank you! 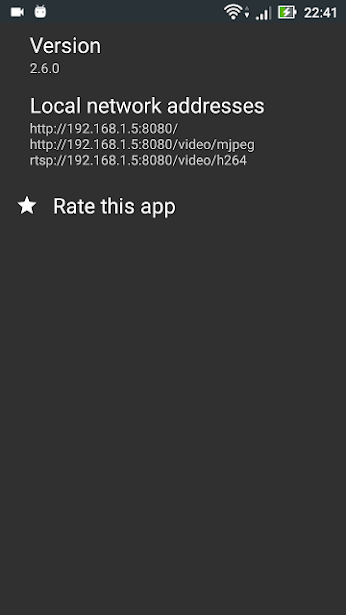 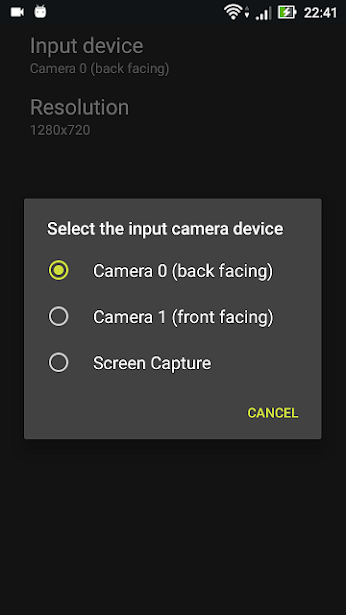 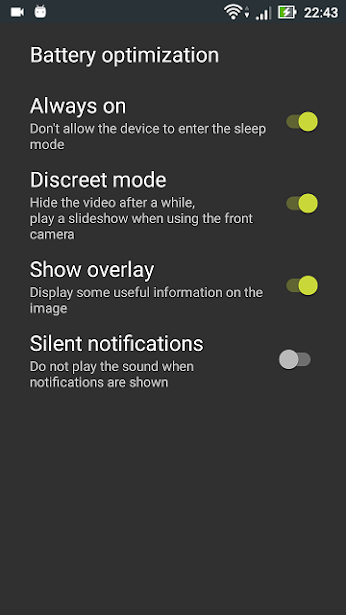 In 2017 I took an online Android programming course at Coursera after which I started to play with related technologies. At that time an app was born that I used as a playground to experiment basic things. Its name was spyNet Camera. It grew rapidly and started being used by some friends. To have a more exciting target, I decided to publish the app on the Play Store and since Google didn’t like the word ‘spy’ it was then called CamON Live Streaming. Since 2017 I’ve been working ‘nightly’ to add new features, fix bugs and try to help users by creating the website and tutorials.

Many people often change their phones and old devices are thrown in the trash or left in a drawer. Even though it’s around five years old, a smartphone has connectivity, cameras, and other sensors that can be used in some way. Reversing the concept, i.e. transforming the device into a server rather than a client, allows it to be used as an IP camera to integrate with video surveillance systems and home automation, or as a convenient webcam to use with a Windows PC during a webinar. I think this should encourage people to play with these technologies and to find clever use cases.

I would let users tell if my app is better than others or not. Based on feedbacks, someone says it is well maintained and more stable. Nowadays there are some other apps providing similar functionalities, when I started the project there were only a couple. The idea behind CamON Live Streaming is to provide a kind of Swiss knife for streaming, a toolbox where one could find something that matches his/her needs while most of the similar apps have more specific usage.
Since I wanted to experiment with some technologies, I wrote the low-level protocols on my own and didn’t use third-party libraries. This gives me full control over details and makes the app lighter. There is also an integrated webserver and a well-documented REST API that allows the integration with other services, this is uncommon.
I’m proud that Samsung also started its own project to repurpose Galaxy Smartphones into Smart Home Devices, meaning that I was probably right!

The app is mature and the main features are there, anyway I’m always open to requests and suggestions from users. I’m working to make it compliant with Android 12, to integrate the Camera2 API that would better handle the newer cameras. Finally, I would like to add some IA (neural networks represent my current playground).

Guys, there are a lot of things you can do with your old device. Cam’ON, install the app, open your mind, keep learning and enjoy your experience!

About App:
Transform your Android device into a wireless IP camera.

This is a smart way to reuse your old smartphones or tablet, giving them a new chance while allowing you to save money.

It works with both the WiFi and the mobile data connection and can stream video from any cameras together with the audio.

It supports standard streaming formats (H264, MJPEG, AAC) and protocols (HTTP, RTSP, RTMP). This way, it can be connected to a variety of clients such as software, VCR, NAS and online services.

Integrates the support for angelcam and Mangocam cloud services, that simplify the network configuration and allow to share your experience over the web.

Implements a motion-detection algorithm, to detect relevant changes in the image, that can be easily integrated with home-automation systems. This allows to easily setup a reliable alarm system.

The night-vision feature gives you good image quality even with poor illumination.

The ONVIF support makes the integration easier with most of the leading NVR software.