80 Days - Interview with the developer of a fantastic app

inkle is an independent games studio that's been running for about ten years, founded by two game developers with several years of experience at one of Sony's Playstation development studios and Microsoft's Rare studio.

80 Days was an enormous project. It tells the famous story of Phileas Fogg's attempt to journey around the world in 80 days, but allows the player to choose their own path, taking any route through hundreds of potential cities and journeys - and each choice the player makes at every stage is remembered and can affect what happens next. Keeping track of all that narrative branching, and ensuring every playthrough was an exciting adventure built around your decisions, while still throwing in elements of luck and misadventure to keep things surprising, was really challenging.

On the technical side, we needed to make a way to write that kind of branching content in as fluid away as possible. For that, we developed ink, an open-source writing system for creating complex, branching narrative quickly, which is now being used by hundreds of other studios around the world.

inkle
Jon Ingold, the interviewee, is the narrative director of inkle, a development studio that makes games that tell great stories. Their games have been recognized by BAFTA, the Writers' Guild, DICE, and many others. Their most recent release, archaeological adventure Heaven's Vault, is out now on Switch.

My favorite apps are games that tell stories in player-focused ways. Out There is a game of deep space exploration by Mi Clos studio. Astrologaster is a hilarious tale of a 16th-century doctor with madrigals. Her Story is a detective game where you sort through old video recordings. They're all excellent. 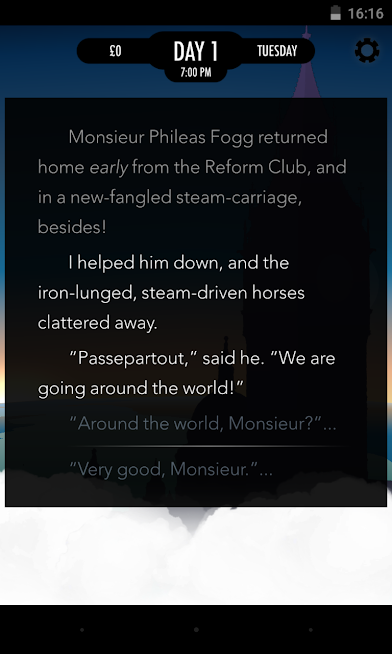 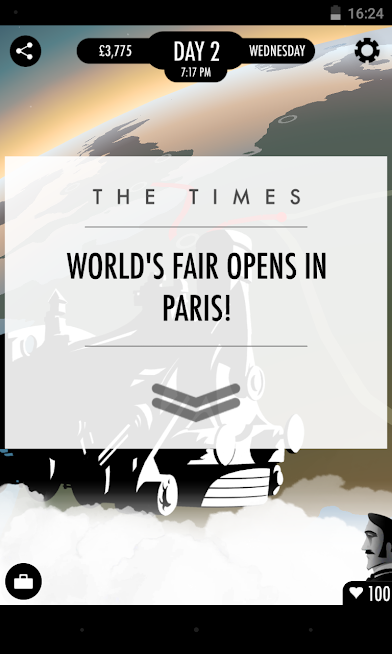 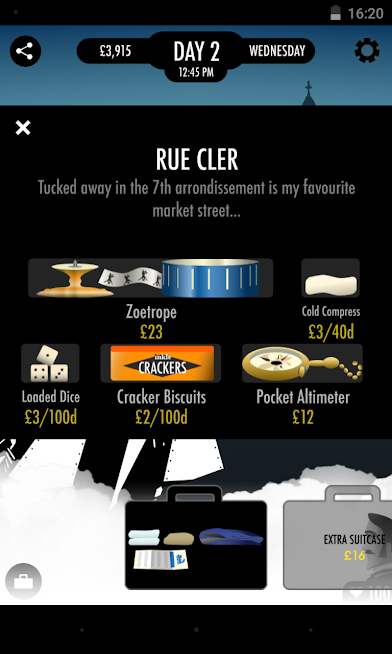 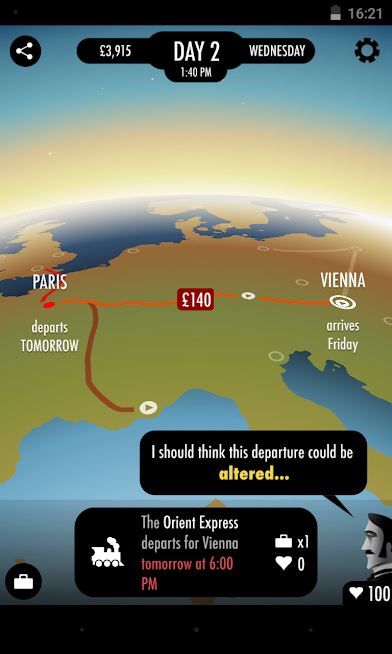 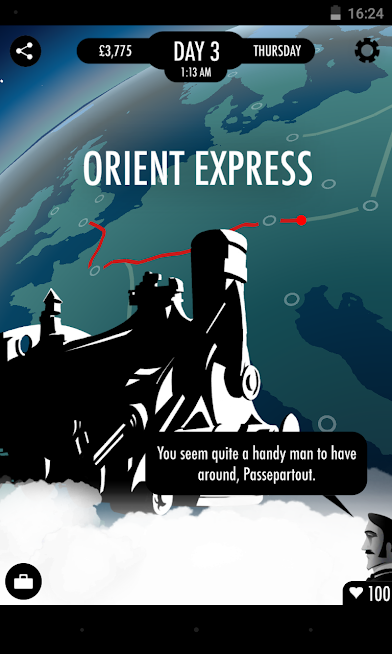 80 Days took about a year to make. A short while after we added more content, including a disastrous North Pole expedition, which took another month or so to write.

Adventure!
"We’ve been dreaming about this future for decades. Guess what? It’s here." - New York Times

There are a lot of branching narratives, but 80 Days offers real choice, all the time, in a way that always matters. If you travel through Africa, you can't travel through Russia; if you lose a week because your steamship sinks, you will have to work hard to reclaim the time to complete the 80 Day bet. It's also a game full of characters - funny ones, grumpy ones, clever ones, foolish ones. It's a game full of people to meet and places to go.

80 Days is a complete experience and we've on to making new games and new adventures, such as our Sorcery! epic.

Play the game, and see how quickly they can get around the world!

1872, with a steampunk twist. Phileas Fogg has wagered he can circumnavigate the world in just eighty days.

Choose your own route around a 3D globe, traveling by airship, submarine, mechanical camel, steam-train, and more racing other players and a clock that never stops in TIME Magazine's #1 Game of the Year 2014.

80 DAYS is an interactive adventure created by your choices, on the fly, and is different every time you play.

Playing as Phileas Fogg's loyal valet, Passepartout, you must balance your master's health, your finances, and the time, as you choose your own path from city to city all the way around the world. Bribe your way onto early departures, but don't let yourself go bankrupt or you'll be sleeping rough and begging for aid! Trade items for profit, and collect the equipment for the conditions you'll face: but too much luggage will slow you down...

Every city and journey is narrated via an interactive story where you control every action. Will your choices speed you up - or lead you into disaster? Will you earn Fogg's trust and respect? Will you uncover the secrets and short-cuts that can shave days off your time? Murder, romance, rebellion, and intrigue await!

The app is network-connected, with a live feed that shows you the position of all the other players of the game, their routes, triumphs, and disasters. You can race to be the fastest - or look ahead to learn the secrets of the world.

Share your own journey with friends, and load other's routes directly into your app so you can race head-to-head.

About developer: Jon Ingold, the interviewee, is the narrative director of inkle, a developme ... Read more

God of Magic is a fantasy text-adventure infused with six mini-games . You are ...